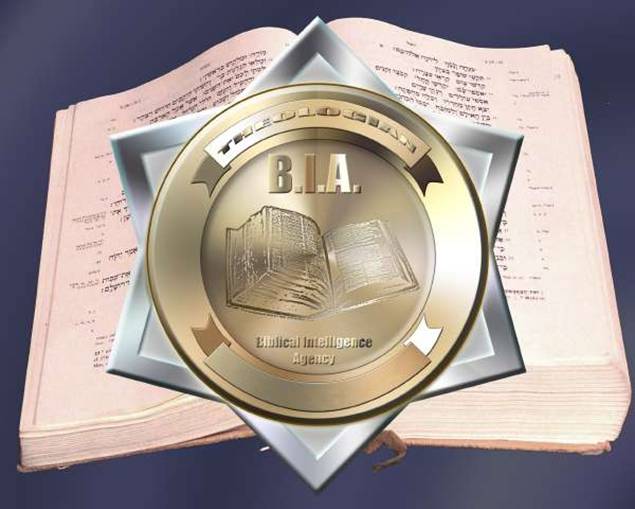 Think intelligently about the Bible!

What does the Bible actually say about things you commonly hear? What about those emails you get? Our mission is to address these kinds of issues.

·      Do Hebrew letters have spiritual meanings which you can get from Hebrew words? What about other Hebrew mystical stuff?

·      What are some silly interpretations you can find by applying meanings to Hebrew letters?

·      How did the Canon of the Bible come to be? Can we trust that we have the right books (i.e., nothing added and nothing missing)?

·      Do names in Genesis predict the coming of the Messiah?

·      Did Jews avoid travelling through Samaria in the time of Jesus?

·      Was the room used for the last supper the same as the upper room on the day of Pentecost?

·      Was Jonah alive or dead when he was in the belly of the “fish”? Some say he was dead and then resurrected.

·      Can a person get the anointing which was on people who have died if they engage in what is called grave sucking?

·      Was the centurion’s servant actually his same-sex lover, and is the fact that Jesus healed the servant a Biblical affirmation of homosexual relationships?

·      What does the Bible say about homosexuality?

·      What does the Bible say about the people of God and military service?

·      How about some notes on civil and criminal law in the Bible?

·      Isn’t it unbiblical to judge others? In Matthew 7:1-5 Jesus taught, “Judge not, lest you be judged.” Doesn’t this mean that Christians should never criticize anyone else’s behavior, especially a Christian’s behavior?

·      Is the term “rabbi” as used in the New Testament an anachronism?

·      How does the Bible say Christians should view other religions?

·      For what crimes does the Old Testament call for capital punishment?

·      When Ruth 3 says that Ruth uncovered Boaz's feet, does it actually mean that she exposed him (i.e., his private parts), as in she uncovered more than just his feet?

·      Some say that the Bible advocates murder, infanticide, rape, child abuse, slavery, and genocide.  Is this true? And does the Bible justify jihad?

·      What are some common misunderstandings about the Christmas story, especially which make it into Christmas carols? Did Mary ride on a donkey? Who were the three kings? Is “Xmas” trying to X Jesus out of Christmas? What do angels look like? What about the star?

·      Did a priest have a rope tied around his foot when he entered the holy of holies?

·      Does the camel through an eye of a needle refer to a needle’s eye gate?

·      Where in the Bible does it say “cleanliness is next to godliness” or “God helps those who help themselves”?

·      What about that folded “napkin” in the tomb? Does it have a special signficance?

·      Is there legitimacy to the Bible Code (equidistant letter sequencing)?

·      Why are some chapter and verse numbers in the Hebrew Bible different from English Bibles?

·      What does the Old Testament/Hebrew Bible say about how we should treat the vulnerable in society?

·      Does God ever change His mind? Does God ever modify His actions as a response to humans, whether it be their turning to wickedness or repenting of sin?

·      How often do various books of the New Testament use particular terms for Jesus Christ (Son of Man, Son of God, The Son/My Son, Christ, Jesus)?

·      Does the Bible indicate that God planned ahead of time every human action, or do humans have real options?

·      Where in the Bible does it say that people mocked Noah when he built the Ark?

·      Is it true that a musical notation system for the Old Testament was found?

·      What does the Bible say about capital punishment?

Various other kinds of issues.

These and many other questions will be answered, based on the Bible.

HOW TO SUBMIT A QUESTION

Here are some links to helpful Bible search engines on the web: